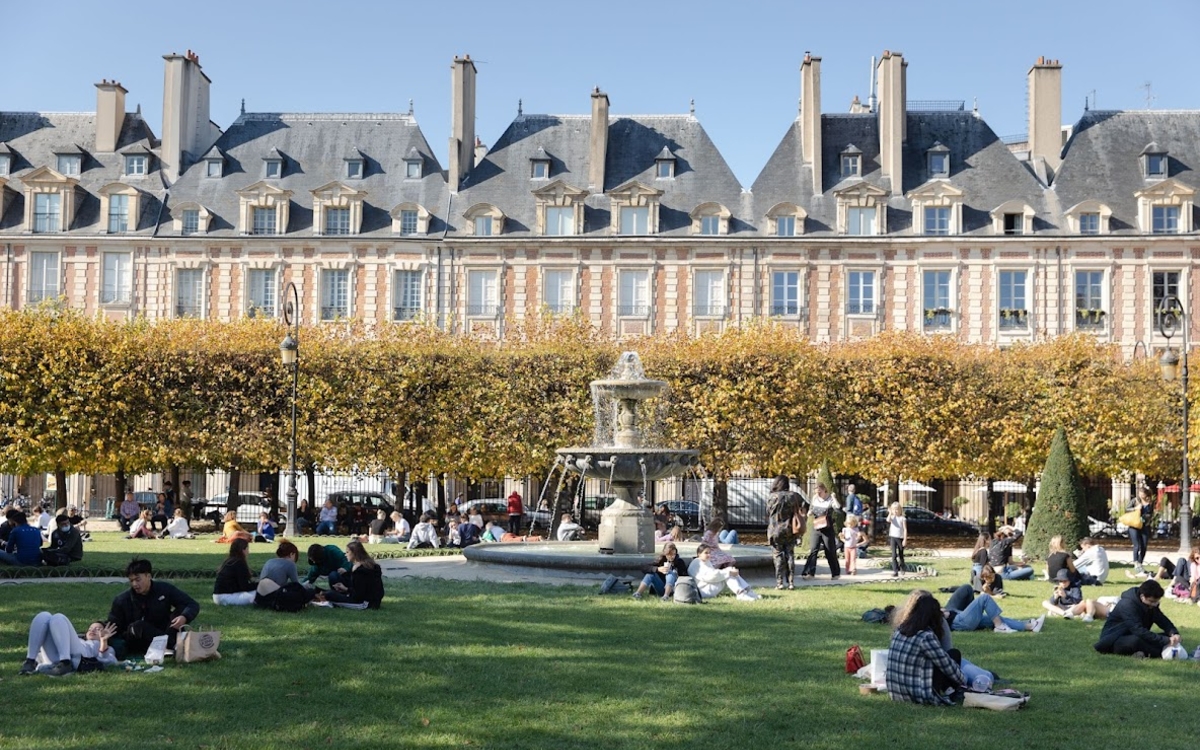 Workshop “The without pages”

The project “les sans pages” was born from the need to repair the gender bias on Wikipedia: the site in its english version indeed has about 500,000 biographies of men, against 115,000 of women! The sans pages offer workshops open to all, to work on biographies of women and publish them on Wikipedia, but also to improve articles on women, feminisms or other under-represented subjects. All genres and all levels are welcome to this workshop: the only condition is to want to learn! More informations

The TOP 14 brings together thousands of oval ball lovers every weekend. With the TOP 14 Rugby Tour, the National Rugby League goes out to meet them and those who share the values â€‹â€‹of conviviality and the culture of team spirit. On the program of festivities, a fun and festive village at Place de la Bastille, free and open to all, to discover the oval balloon in a spirit of conviviality. More informations

Take out your disguises, it’s the return of the most anticipated Pompom Stage of the year … Lasting two hours, it is open to all and at all levels, and perfect for discovering the Pompon dance. Both a sporting activity, a source of well-being and a tool for asserting oneself, this dance is in reality far from the clichÃ©s which are often associated with it. Come as you are, in an outfit in which you are comfortable, and with a good pair of baskets, the gum ready to heat! More informations

More than 120 years after his “PellÃ©as et MÃ©lisande” set to music by Debussy, the writer Maurice Maeterlinck still inspires. For this creation at the ThÃ©Ã¢tre du ChÃ¢telet, Joan MagranÃ© Figueras adapts to music a short piece from the Nobel Prize for Literature. “Interior” relates those moments of calm which precede the announcement of terrible news within a family. A world creation directed by the Italian Silvia Costa. More informations

The documentary “Handsome player” is a look behind the scenes of a professional rugby team losing streak after a dizzying rise. Busty giants, athletic and bruised bodies, a collective of 35 athletes who risk losing in front of the camera of a woman, the director Delphine Gleize. The latter will be present at the Goutte d’Or Library for this exceptional screening-debate. More informations

Francis, a self-taught architect, tells about four acquaintances in an improvised workshop. Freely borrowing from architecture, economics, literature and their own lives, together they dig the new foundations for a life in common. Through the effects of textual, playful and dynamic collages, and a living decor, made by the characters according to their interactions, a poetics of the site, theatrical and plastic, is implemented … More informations

Flames, the age of ceramics

This exhibition at the Museum of Modern Art offers an immersion in the medium of ceramics, by creating an unprecedented and fruitful dialogue between more than 350 pieces ranging from the Neolithic to the present day. A constant source of inspiration and expression for craftsmen, artists or designers, ceramics is one of the oldest cultural manifestations of humanity, used since prehistoric times for the making of idols, architecture, and containers. culinary. More informations

The result of exceptional collaborative work, this exhibition is seen as an authentic immersive experience. The Museum thus offers visitors the opportunity to become an explorer endowed with accumulated sensory perceptions, whose sight, hearing and smell will bring them closer to living species for an incredible time. journey through eight ecosystems. With “The Sensory Odyssey”, the MusÃ©um’s adage “to amaze in order to educate” is expressed in all its dimensions! More informations

For 20 years, the Argos collective has produced reports all over the world to raise public awareness of the upheavals of our time, such as climate change, the carbon footprint and the grabbing of the oceans. The collective exhibition “Amer” on the Banks of the Seines, a long-term work four years ago on the oceans and its devastating ravages by man: plastic pollution, overfishing, mass tourism, mining, global warming climate. More informations

All day at the Fertile City

Tout Day is a festival around the circular economy, two days to discover those who act for the development of a new virtuous and sustainable economy. In the program ? A selection of fashion products (home, beauty, children and leisure) in vintage, upcycled, reconditioned, or zero waste versions, a food market with organic, local products, or in short circuits, but also activities, workshops, events, talks … and an inevitable DJ set! More informations

The Sunday album at Supersonic

Every other Sunday, the Supersonic invites you to listen to a legendary album played live and in full. This Sunday evening, it’s time for “Definitely Maybe” by Oasis, released in 1994, a raw heritage of the Madchester movement of the 1980s, which contributes to putting the perfidious Albion back on the map of world pop … The album will be played by Rock N Stars, and later in the evening, you will surround yourself with a best of songs from the Mancunian group! More informations