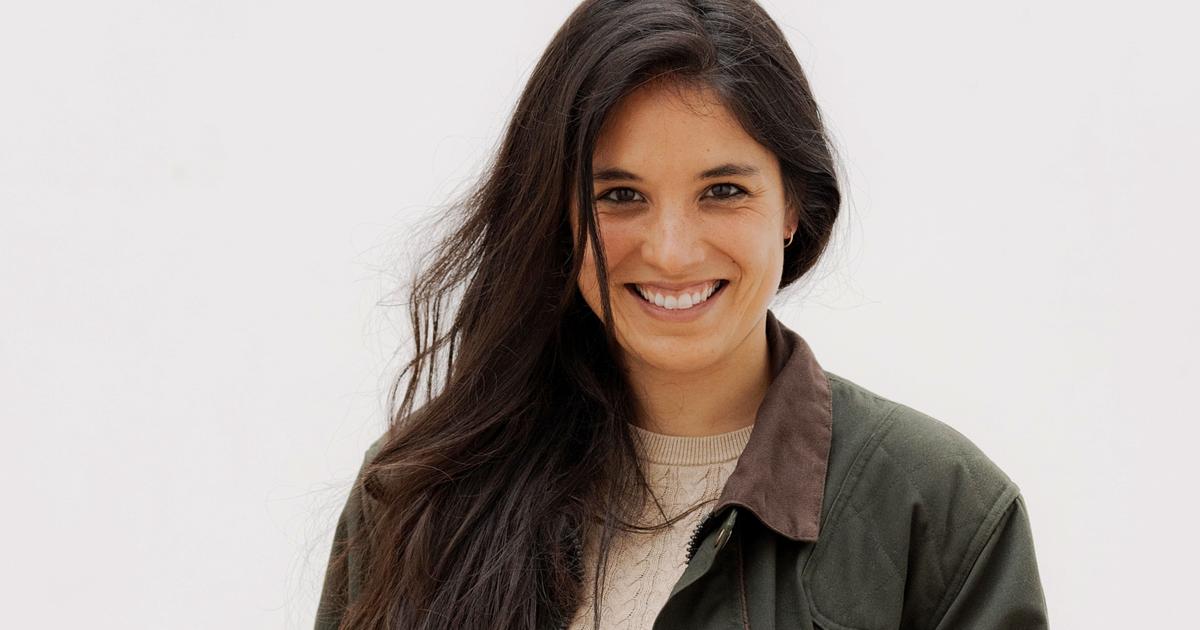 INTERVIEW. – To save the planet, shouldn’t we first open our eyes? Re-enchant our relationship with nature? In a fascinating book (1), Estelle Zhong Mengual, Normale and art historian, invites us to a revolution of attention.

The ecological crisis that threatens us all depends on our collective response, but do we really know who we are talking about when we talk about the collapse of biodiversity? If we could see the lark or the summer larkspur for what they are, we would forge relationships based on gratitude and wonder with the living, and, we know connected, we would do everything to preserve our “parents”. distant”. This is the bet of Estelle Zhong Mengual, who puts on a metamorphosis of our gaze, and recounts her own learning in an original and captivating essay. To stuff immediately in all backpacks before going on a country walk.

Madame Figaro. – Learning to see starts with the cover of your book with this sumptuous painting by American Tom Uttech, a dark and overcrowded work?
Estelle Zhong Mengual. – Indeed, it is a twilight picture, but, if you look attentively, you see rising presences, appearing wolves, bears and moose looking at you. You are no longer just the esthete who produces or admires the painting, you are yourself observed. It seemed to me like a good starting point for this reversal of points of view, this reversal of attention that I explore and propose in my book.

Learning to see a landscape, a primrose or an earthworm, in short, living it for what it is, neither as a setting nor as a resource, does that mean learning to exercise your eye, as you write humorously?
It works. We inherit an eye forged by our biography and our culture. Seeing is also a way of attributing value, of ranking, of selecting in the field of attention; if we become aware of it and operate this critical feedback on our eye, we can transform it. I realized several years ago that I couldn’t see anything! In a meadow, I saw patches of green and color. All these beings that we lose because of the ecological crisis and that we mourn, I did not know them. So I went to meet them.

Evolution is crazy stuff! Whatever I do, an unbreakable bond exists between me and other beings. We have a common ancestry.

And you began to study plants, inspired by the approach of extraordinary 19th century women naturalists.e century who refused the “soft and sedentary” life?
It happened in England in the nineteenthe century something that has not happened in France: a popularization of naturalist practice. Everyone wanted to be there. More than a fashion, it was a cultural moment! We bought butterfly nets, terrariums, we went on excursions, and, even more surprisingly, many women became naturalists without being able to enter learned societies, by passionately and humbly observing insects, plants and mushrooms around their homes. Their life revolved around this activity which allowed them to emancipate themselves. This existence extended to other lives softened a feeling of seclusion and limitation. Their work combined observation and poetry, science and sensitivity, and they often wrote in the first person. And then, observing on all fours, walking in the hills, they released their rather atrophied bodies and body patterns. Clothing followed, becoming more suited to these naturalistic practices! The body of plants has emancipated to emancipate the body of these women!

You quote one of them, Arabella Buckley (1840-1929): “If we could only know everything, the thousand different ways that the beings around us have of struggling and living, we would be overwhelmed with wonder .” Can these naturalists, Arabella Buckley or her colleague Frances Theodora Parsons, be role models for all of us in 2022?
They have been my “go-betweens”, and I am sure that we need mediators to help us give our attention to the living.

What is the purpose of your book, which is a marvelous object of scholarship on natural history and the history of painting, as well as a vade-mecum to take on a walk to grasp a way of seeing and know this flower from the bee’s point of view?
Help to resist the disenchantment of the world, to weave scientific knowledge and sensitivity to better take into account the living and defend it. When the ecological crisis shook me, I tried to help make it more intelligible, but being in art history, it seemed to me the worst discipline to do so: art and nature traditionally meet little. Art is important, but in terms of political effectiveness on a universal crisis, it is the last wheel of the carriage! And then I discovered the concept proposed by the philosopher Baptiste Morizot in ways of being alive (Éditions Actes Sud): thinking of the ecological crisis as a crisis of sensitivity to the living. It opened my eyes.

Where does your investigation into the sensitivity to the living that we inherit through the history of Western art come from?
Yes, I wanted to understand how painting constructed our eye through still lifes and landscape paintings. Nature is a decor or a wallpaper, the symbol or the mirror of our human emotions. A tulip represents the transience of life in a vanity by Philippe de Champaigne, the sea reflected solitude in a painting by Caspar David Friedrich, etc. Nature represented for something other than itself. I wondered how we could pose new questions to old works, in our naturalist heritage, betting that we could bring out another sensitivity to the living from these old works.

Weaving other, richer, more intense relationships with the living means becoming aware, for example, of our kinship with ferns, as these English naturalists of the 19th century did.e century ?
Yes, kinship since Charles Darwin is twofold: it is based on resemblance, as in human families, but also on otherness. My kinship with the fern goes back two billion years. The history of evolution binds us and rests us with the living in a magical kinship, a “foreign” kinship.

What to marvel at, to use the term of the English naturalist Arabella Buckley?
Yes. A renewed wonder before a supernatural prodigy embodied in every natural form! Evolution is crazy stuff! Whatever I do, an unbreakable bond exists between me and other beings. We have a common ancestry. Knowing our “alien” parents, a moss or a song thrush, is what marvels us in the long term and acts for this living being accordingly!