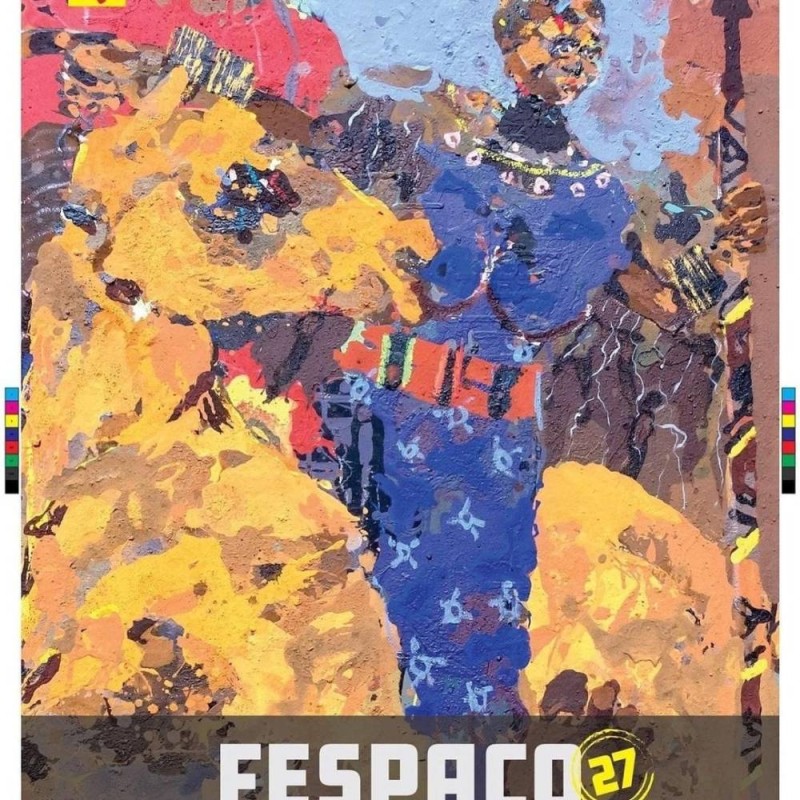 After Abidjan, Ouagadougou receives â€œ50 years of fashionâ€ from PathÃ©’O
â€œTo live is to resist. Resist all the vagaries of life. You have to exist. We must resist (…) Clothing is part of our identity, â€said the couturier PathÃ©’O, this Tuesday, October 19, 2021, in Ouagadougou. Abidjan, it is Ouagadougou which hosts the Celebration of 50 years of career of PathÃ©’O. This celebration will be celebrated with the dedication of the book â€œPathÃ©’O de fil en aiguilleâ€, a biographical book written by Cheick Yvan. This fiftieth anniversary is also a master class for young people. The highlight will be a fashion show and a large exhibition selling the outfits from the parade to allow the public to afford these unique pieces.

The Cardinal of Ouagadougou at MICA and Fespaco Pro

His Eminence, Philippe Cardinal OuÃ©draogo visited this October 19, 2021, together with the General Delegate of Fespaco, Alex Moussa Sawadogo, the International Market of African Cinema (Mica) and the activities of â€œFespaco Proâ€ which take place at the headquarters of Fespaco. The prelate congratulated the general delegate and blessed the organization of the 27th edition of the biennial of African cinema.

Mica connects international buyers and sellers of cinematographic works. Mica favors, so to speak, transactions between producers and buyers of African films and those from the diaspora. Le Mica is made up of 51 films including 13 feature-length fiction films; three (3) short fiction films; 21 feature-length documentaries; eight (8) short documentaries and six television series. To this, we must add 66 companies to the catalog including 18 national and international institutions-organizations; 23 production companies; 18 distribution, broadcasting and other companies; two training schools and five festivals.

A’salfo, PathÃ©’O and Guy Kalou honored at the “ Celebrities days ”

The 3rd edition of ” Celebrities days ” which distinguishes the stars of culture and sport who have now become an activity of Fespaco, distinguished the Ivorians A’salfo, PathÃ©’O and Guy Kalou. It was on the night of October 17 to 18, at the Ouagadougou town hall. PathÃ©’O was honored for the second time with a trophy to mark its 50 years of profession. Iron Biby (sport), Didier Awadi (music) Moumouni Dagano (sport) are, among others, the distinguished stars.

Uemoa wants to regulate the cinema sector with three directives

The three main points called directives for the regulation of African cinema are: better harmonization of the regulatory framework; better conservation of the union’s heritage and protection of the rights of creators. It should be noted that Uemoa gives three special prizes in the short films, feature films and documentaries categories during Fespaco.

Babacar Galbani, the designer of the monument of the place of the filmmakers

The monument at the Place des CinÃ©astes in Ouagadougou was built in February 1987. Babacar Galbani, one of the designers of this 12m25 high building which weighs 10 tonnes, is proud of it. In Ouaga as part of the 27th edition of Fespaco, although it goes unnoticed, connoisseurs do not hesitate to offer their congratulations. â€œThe monument represents a camera whose lens is pointed towards the sky. We wanted to install it like this, â€he explains.

2021-10-19
Previous Post: The author Carmen Mola, awarded the prestigious Planeta Prize, was the brainchild of three men
Next Post: Road to restoration | | stlamerican.com