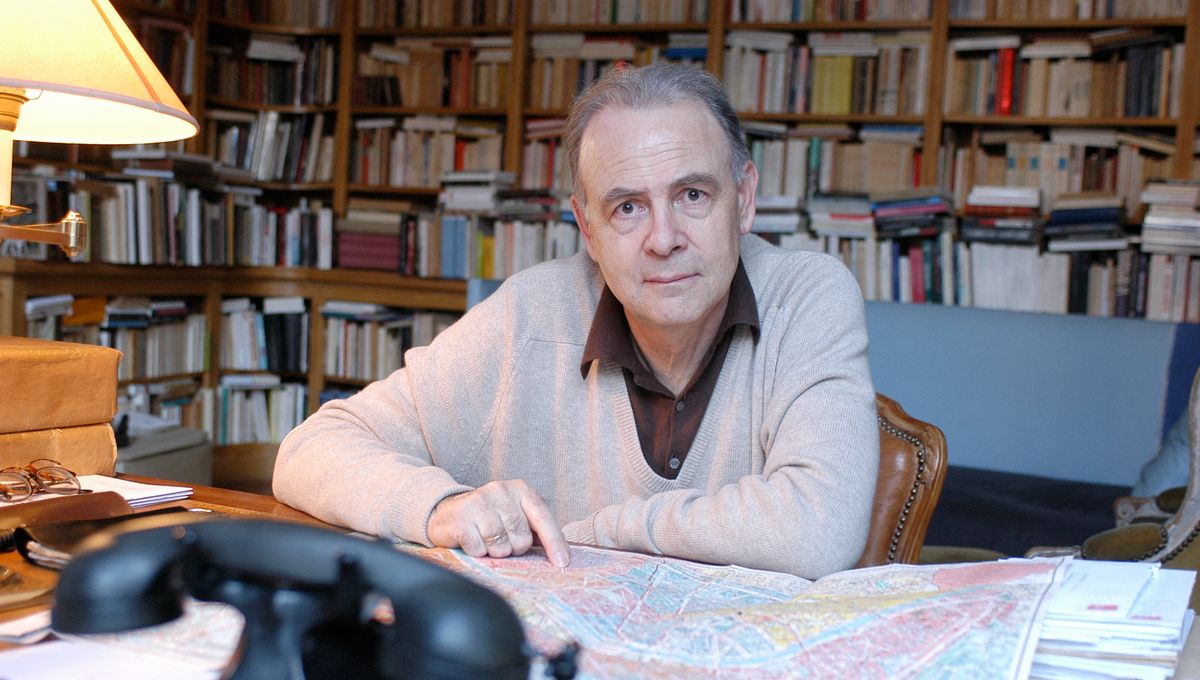 “My novels change title, but we could delete them and it would be a single book”

The 2014 Nobel Prize for Literature, Patrick Modiano, publishes his 30th novel, “Chevreuse”. We find there the same shadowy silhouettes, the same places, the same young man future writer, as in several of his novels. Modiano, discreet and rare in the media, kindly granted an interview to France Inter.

Patrick Modiano receives at his home, a bright, high-ceilinged apartment near the Luxembourg Gardens. His press officer warned: â€œI’ll be there early, he prefers.â€œMeeting the press is not a writer’s favorite exercise, he only lends itself to it with reluctance. The presence of a known person reassures him. In fact, as soon as we are installed, it slips away.

So here we are in Modiano’s office (walls lined with books, work table, large red sofa) to evoke â€œChevreuseâ€, his new novel. We meet some characters already met in other of his books, familiar streets, the house of the region where he lived a child for a few years, with Parisian adults who reached his parents had received him.

A universe known to its loyal readers. “I realized that I was still writing the same book”, confides the writer to France Inter. “The novels change titles, but we could delete the titles and it could be a single book. A bit like music where there are motifs that come back and form a whole.”

In “Chevreuse â€, Jean Bosmans, the main character, remembers funny people, an underworld faun with very modern names (Michel de Gama, Martine Hayward, Rose-Marie Krawell, RenÃ©-Marco HÃ©riford, etc.), whom he frequented as a young man. in the sixties. These people, who are they really? Why do they make him feel like they know things from his past? Why do they drag him, casually, to the places of his childhood?

There is in Modiano a depth of time in which memory is buried. â€œI have always thought that the past, or the passage of time, is a mass of oblivion in which a few small bribes reappear. What occupies the memory is a cloud of oblivion. Obviously, there are from time to time small bribes, shards that rise to the surface, but the main matter is forgetting all the same. “

These shards of memories can be objects (a watch, a diary, a compass), the sound of a name or specific places. The narrator may stand on the edge of reality and dream, but be a kind of “Sleepwalker” as he writes in “Chevreuse”, its requirement for precision is no less great. â€œThe places I evoke, I got to know them. The Chevreuse valley, a village not far from Paris, an apartment near the Porte d’Auteuil. But with the distance of the years, it becomes like a kind of completely dreamlike country. I have always thought that to convey a romantic, almost imaginary atmosphere, you have to rely on very precise details. It’s like in some surrealist paintings. We take a street that may seem banal, by dint of observing it, it becomes almost surreal. “

“I wanted to translate what is happening with someone who writes”

In Modiano, the characters and the situations always have an appearance of normalcy at first. Very quickly, however, they become shrouded in mystery and even take on a disturbing tone. Often this floating discomfort, this fear, dates back to childhood years. â€œI wanted to translate what happens with someone who writes and who is inspired by characters he may have met in the past. All these people who worried him or who scared him in his childhood, a writer neutralizes them by using them to put them in a novel. They become nothing more than ghosts, as if they had passed into a parallel world.

But there is also a cheerful Modiano, who has fun writing, who has slipped into his books, for a few years now, a touch of self-mockery. “Chevreuse” at times takes on the appearance of a thriller in search of a childhood memory that we had forgotten. So here he is, improvising a series of possible titles for the novel that the reader is holding in his hands. “The Rendezvous of Saint-Lazare”, “The Mysteries of the Chatham Hotel”, “The Secret Life of RenÃ©-Marco Heriford”… â€œSometimes we make fun of ourselves a bit. Like someone who has an ironic outlook on writing.

Could it have turned out badly if he hadn’t become a writer? He thinks for a moment before answering, he nuances. â€œAs I was not pursuing very specific studies and that I did not have a specific family environment, I was in a sort of uncertainty. I felt I had to start something or I ran the risk of being tossed around. But at the time, it was something quite naive, because one writes but the same book still has to be satisfactory, can be published. It’s a roll of the dice.

In “Chevreuse”, as in “Sympathetic ink”, Modiano brings the reader into his writing workshop. It slips into its pages, it will not surprise anyone, a praise of silence. “I have always been marked by the fact of deleting a lot of things in what I wrote, to create a sort of silence. Some writers may have a baroque style. Me, my natural inclination is to delete a lot of things. , to make ellipses. In literature, there must be gaps in the silence. When there are too many things, the reader risks being suffocated. You have to leave him a space. It is himself. which completes the book, in fact. ”

On those who want to rehabilitate PÃ©tain: “They don’t know what they’re talking about”

The clock is ticking. He’s been talking for over forty minutes already. Out of a fear of tiring him. Also, we risk a topical issue to close the interview. Comment the author of “Dora Bruder“, the one that the Nobel Prize jury distinguished “for his art of memory with which he evoked the most elusive human destinies and unveiled the world of the Occupation”, how does this man react to the attempts at rehabilitation, at least partially, of the Vichy regime? In “Dora Bruder”, he quotes extracts from letters sent to the authorities by worried relatives of people arrested for being Jewish. “They were heartbreaking letters”, comments Modiano soberly. “They were submitted to the Prefecture of Police, to Marshal PÃ©tain, even. And they had no answer. I am quoting a few, but if we brought them all together, we would see …” A silence. “They don’t know what they are talking about. They must not know the history of the years of the Occupation very well. Or they are politicians, they do it with political ulterior motives. But you just have to read the documents. , because the archives are open now. They will see what it really was. There is no longer any ambiguity about it.

Before turning off the microphone, he was pointed out that there was no biographical note on the back of his book. No date of birth, no mention of his Nobel Prize. As if he were tempted, like some of his characters, to fade away, to disappear. As if all his distinctions, his decorations, were too heavy for him. I laugh. He agrees. “It’s true !”, he exclaims amused. “It’s true what you say! When you get older, it gets heavier and heavier. [le fait de supprimer les Ã©lÃ©ments de biographie, NDLR], that gives a little courage, to continue. A little lightness.

Basically, Patrick Modiano is not this 76-year-old writer covered with honors. He is forever this handsome young man in his twenties who wanders the streets of Paris.