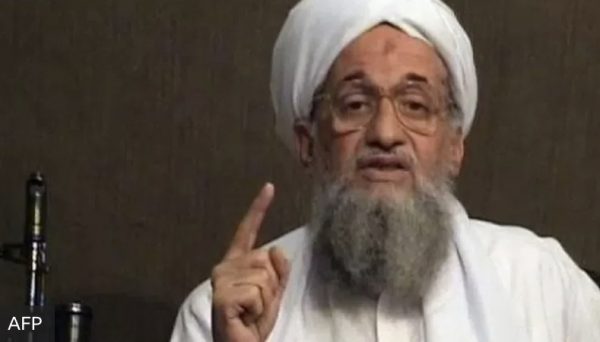 Jihadism: When a former leader of Al Qaeda tells Al-Zawahiri

According to what we know of his biography, this son of a literate middle-class family in Egypt, born in 1951, very early on chose the path that was to lead him down the path of jihadist violence. is a story little known to the general public, but which reveals, to many anticipated, certain deep traits of the personality of Ayman Al-Zawahiri, the central emir of the jihadist organization Al Qaeda whose death was announced on Monday 1st August by US President Joe Biden.

It was in the mid-1990s, when the Sudan of President Omar Hassan Al Bachir and the Islamist ideologue Hassan Al Tourabi offered room and board to almost everything on the planet in terms of jihadist organizations.

Neither Osama bin Laden nor Al Qaeda, the organization he had just set up for a few years, was in Afghanistan where he was enlisting to drive out the army of the communist Soviet Union from this Muslim country. counted as voluntarily terrorists. Only a few of the Islamist militants, mostly of Arab origin, were, at the time, on wanted lists in their own countries.

Ayman Al-Zawahiri, who had not yet formally joined bin Laden’s organization with his Egyptian Islamic Jihad (JIE) group, was among them. But nothing could then worry him as long as he was still in his Sudanese refuge.

The Al Bachir-Turabi duo had transformed Khartoum into an open Mecca for all Islamists, whether convinced or circumstantial, such as the famous third-world terrorist of Venezuelan origin, Carlos, long on the run, finally delivered in 1994 to France. And the Egyptian had a personal asset which was to greatly facilitate his stay in Sudan: his immense ascendancy within the world Islamist galaxy, including over the two strong men of Khartoum.

But a fact, a priori, banal, but ultimately sad, cruel and sordid, mixing, manners, espionage and blood, where the former surgeon of the hospitals of Cairo is the main actor, will reveal the singular personality of the Egyptian, including with the Sudanese and bin Laden himself.

“It was in 1994. At the time, many jihadist groups had followed Bin Laden and Al Qaeda to Sudan without involving our organization,” says Abu Hafs Al Mouritani, longtime Bin Laden’s main spiritual adviser and president of the judicial body of ‘Al-Qaida, the Sharia Committee.

“Despite their autonomy, all these groups collaborated with us very closely and almost daily. In addition to Al Qaeda, there were above all the Egyptians of the Gamaa Al Islamiya and the Islamic Jihad who led Ayman Al-Zawahir,” recalls the Mauritanian.

“The latter and his group had arrested two Egyptian teenagers in Khartoum for spying. One of the boys was the son of a senior Islamic Jihad leader, therefore close to Zawahiri. The other was the son of an accountant in one of Bin Laden’s companies in Sudan,” continues Abu Hafs.

“I knew their fathers very well, as well as one of the boys. He was a brilliant kid who even recited the entire Quran. The two boys had been approached by another Egyptian who worked at the Egyptian embassy in Sudan. They have become very good friends. The trio dated regularly and had gotten into the habit of meeting up in an apartment in town. The diplomat was in fact an intelligence agent ”, details the one who was then number 3 of Al Qaeda.

According to Abu Hafs, the young boys knew nothing of the functions of their compatriot.

“The Egyptian spy had managed to manipulate in a diabolical way. It was heavy espionage. He had convinced them to indulge in sexual games with him and he had filmed everything with the aim of subjecting them to a sordid song. The kids had to provide him with all kinds of information they could have on the jihadists, otherwise he promised to send the film to the jihadist leaders, “explains the former senior al Qaeda official, now based in Mauritania. , after twenty years of clandestinity, enamelled by stays in several countries, including Iran where he had taken refuge, with other jihadists and their families, the day after the American invasion of Afghanistan in response to the September 11 attacks organized by Al Qaeda in the United States.


“Zawahari and his men had been alerted by the Sudanese services to the links between the kids and the Egyptian diplomat. But the Sudanese did not know the details of what the children produced with him. They had just informed Al-Zawahiri’s group that the son of one of the leaders of the organization was dating an Egyptian diplomat,” recounts the Mauritanian.

“Al-Zawahiri then ordered the arrest of the two boys. Interviewed separately, they had made identical confessions: they had provided information to the Egyptian agent because he threatened to disclose the film in which they engage in homosexual practices with him. Al-Zawahiri had the children tried for treason and executed them in a secret trial. Nobody had been informed. Not even families. I vividly remember the day when one of the fathers learned of his son’s death. We were at the mosque to pray when the other kid’s father arrived. Without taking the slightest oratorical precaution, he said to her: “You have learned what they have done to your son and to mine.” They executed them”. The man was so shocked that his face immediately changed color, his eyes turned red, his mouth went dry and his tongue stuck. He ran out of the mosque, shouting “criminals, criminals, they murdered them, they murdered my son”, saddens Abu Hafs.

“The Sudanese government was very shocked and asked my opinion on this story. The families of the two children too, by filing a complaint with Al Qaeda. Bin Laden then asked me to investigate this story and its consequences from a Sharia point of view. I visited the leaders of the Islamic Jihad, in particular Al-Zawahiri. He assumed his act, insisting that the two boys had made confessions and that these confessions were filmed. He then explained that they had provided information that endangered all jihadists and had already canceled the arrests of some of them. Zawahiri also defended himself by saying that if the jihadists fought for the Sharia they should start by applying it to themselves first. However, the families of the two boys had maintained that the children were minors and that the death penalty did not apply to minors. They also added that Al-Zawahiri’s group did not have the right to accuse and judge at the same time. I had found the argument of the families right. Zawahiri was to take the case to a neutral court and the trial was to be public. I did not want to take the responsibility of pronouncing on the Islamic legality or not of these two executions. I proposed to everyone to put the case in the hands of Sudanese judges. The parties concerned had all given their consent. But Al-Zawahiri’s Islamic Jihad was not sincere in its agreement. He had not wanted to be executed with the Sudanese justice, contenting himself with sending him only the film of the alleged confessions of the two boys. The Sudanese government was so angry that it had asked those involved in the trial and execution of the two boys to leave the country. It was the beginning of the end of the honeymoon between the Sudanese regime and the jihadist groups,” regrets Abu Hafs.

To believe what we know of his biography, this son of a family of the literate bourgeoisie of Egypt, born in 1951, had very early chosen the trajectory which was to lead him on the path of jihadist violence. A studious and brilliant student, he was very pious from childhood. An early admirer of Sayyid Qotb (1906-1966), a major figure in the Muslim Brotherhood movement, who advocated armed struggle to overthrow the “apostate” Egyptian regime and establish an Islamic government, Al Zawahiri was removed marked by the hanging of Qotb in 1966. Just a teenager, he decided to join the armed Islamist struggle.

At the end of the 1970s, he joined the Egyptian Islamic Jihad (JIE). After the assassination in 1981 of President Anouar el-Sadat, who had just signed a peace treaty with Israel, Al-Zawahiri was arrested and spent three years in prison, before being cleared and released in 1984. Very marked by his passing through the prison box, and monitored after his release, he left Egypt for Saudi Arabia and then Afghanistan. “That’s where he met Osama Bin Laden, six years his junior. “Allies in the fight against the Soviets in Afghanistan, the two men will gradually become friends never to leave each other,” says Abou Hafs.

From their Sudanese refuge, the Saudi and the Egyptian will plan together several armed actions,

according to the former Mufti of Al Qaeda. Their names are mixed up, among other things, with the assassination attempts against the Egyptian interior minister, Hassan Al-Alfi, then against the prime minister, Atef Sedqi. Attempts that ended in failure, like the one perpetrated in 1995 in Ethiopia against the Egyptian president:3 the Hosni Mubarak era during a visit to Addis Ababa.

When the outlaw execution of two Egyptian teenagers by his group forces the Sudanese authorities to ask him to leave the country, Al-Zawahiri travels around the world before settling with his friend bin Laden in the Afghan caves. In 1998, the duo created the “Global Islamic Front for the Holy War against the Jews and the Crusaders” and decreed a famous fatwa qualifying the murder of Americans and their allies as a duty for all Muslims. “It was the time when Al Zawahiri decided to swear allegiance to Osama bin Laden and to dissolve his group within Al Qaeda,” explains Abu Hafs. .

Becoming Bin Laden’s principal deputy, Al Zawahiri was associated with all of Bin Laden’s major decisions, including the attacks of September 11, 2001 in the United States.

A position which, the day after bin Laden’s death in 2011, made him “his natural successor, as the central Emir of Al Qaeda”, justifies Abu Hafs. His death under the fire of an American drone carried out on Saturday evening, according to the American president, is undoubtedly a blow, symbolically, hard for Al Qaeda and its militants. But he is not sure that he can weaken his organization. This has developed comfortably over the past twenty years in several regions of the world. In Africa, his men have succeeded in carrying jihad across the continent.

2022-08-02
Previous Post: DiMarzio: AC Milan gets cold on Tanganga, Reguilon
Next Post: ABBA, a little closer to the stars