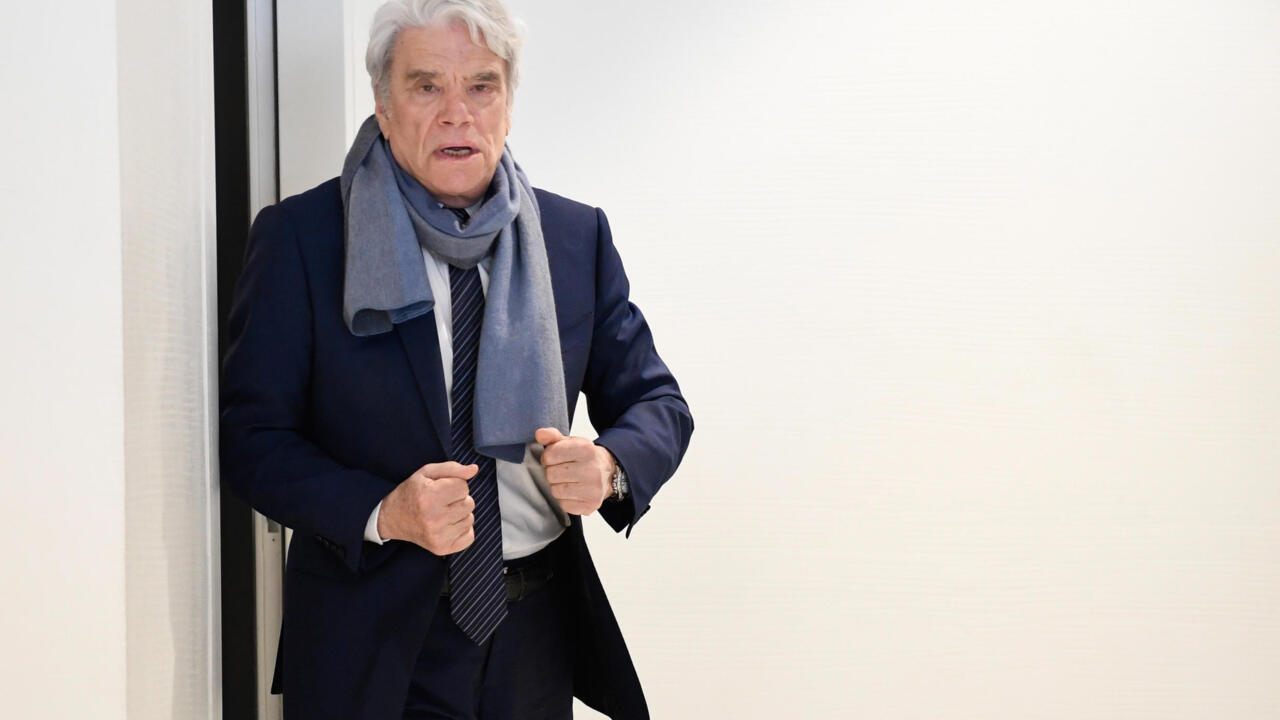 Death of Bernard Tapie, the man who wanted everything

Businessman and politician, ephemeral singer, Marseillais in his heartâ€¦ Bernard Tapie died on October 3 at the age of 78 from cancer. Return on an extraordinary course.

Suffering from cancer diagnosed several years ago, Bernard Tapie passed away this Sunday. Even in the fight against the disease, the extravagant businessman has put â€œ all his guts In his projects.

Throughout his life, the man with the square jaw who lets out a deep voice made headlines with his meteoric rise and setbacks. ” High Roller “,” phoenix “,” mystifier “,” hero “,” am i “,” mentor Â»â€¦ The titles of the biographies on his person speak for themselves: Bernard Tapie was a man of many facets, a brawler who did not have his tongue in his pocket.

Son of a worker then boss of an SME and a nursing assistant, he was born on January 26, 1943 in the 20th arrondissement of Paris. A childhood in a modest environment which only made the ” success Â»Tapie, the story of a reckless entrepreneur ready to do anything to succeed.

It was in the business sector that the former Minister of the City of the government of Pierre BÃ©rÃ©govoy (1992-1993) was first all the rage. Initially selling televisions, at the end of the 1960s, he then set up his own company before becoming the bankrupt company rectifier that we have known. Terraillon, Look, La Vie Claire or even Adidasâ€¦ The list of companies he has bought is long. It is however the takeover of the sports equipment manufacturer that will generate the most ink : it represents its greatest economic success and the beginning of long legal torments.

When Bernard Tapie wants a chosen one, he gets it. And so, over the years, the man who started from nothing, nicknamed by some the “Zorro of the company”, built around him an empire made up of a substantial fortune, a luxury hotel, a yacht. and a paradisiacal villa.

Marseille and Tapie, a love story

Passionate about sports, the father of four children plays with his fortune, which rose among the 20 largest French in the 1990s, to find a place there. First in cycling, an area in which he built a team around Bernard Hinault who won his fifth Tour de France.

But it is especially in Marseille that the man strikes a big blow. In 1986, he bought OM while the club was going through a bad patch. He is renovating the Velodrome Stadium, bringing back the supporters to the stands and increasing the number of player purchasesâ€¦ Thus began a great period for the club from Marseille, which won in 1993 Champions League, doing that day of OM, in front of a Bernard Tapie in tears and applauded by his players, the only club in France to win this competition. ” He made sure that everyone had a common ambition, that of being champion Â», Says footballer Basile Boli in a documentary by The team.

The fall of the “boss”

But all stories come to an end, and Tapie’s story with football was not one of the most glorious. Because if some of his maneuvers could be radically effective or morally questionable, others were illegal. He thus spent several months in prison for a case of corruption and witness tampering during a match between OM and Valenciennes. He also went through financial bankruptcy and excessive debt.

Legal troubles pursue the â€œbossâ€, as OM supporters called him, until his death. Since Monday May 10, “The Credit Lyonnais Affair”, in which Bernard Tapie is accused of “fraud” around the resale of Adidas, is again before the courts. On June 2, the public prosecutor’s office had requested against him five years in prison suspended and a fine of 300,000 euros for complicity in fraud and embezzlement of public funds. The decision was expected on Wednesday but his death ended automatically in court action.

In addition to his great media outings, his very own direct style and his legendary impulsiveness, Bernard Tapie gives the impression of having done everything. Politics ? He was a member of the Communist Youth, deputy for Marseille, minister and had the good graces of many political tenors, including FranÃ§ois Mitterrand and Nicolas Sarkozy. He was even for a time propelled as one of the main opponents of the far-right after a heated debate against Jean-Marie Le Pen.

The music ? “Nanard” released a first album in the 60s and then a few songs in 1990, without ever being a great success. The movie theater ? He played the main role alongside Fabrice Luchini in Men, Women: Instructions for Use, as well as the role of Commissioner Valence in the series of the same name.

“Death is the consecration of life”

And in the media, he will also have left his mark. Sensational guest on TV sets, his personality always guaranteed a large audience or host of the show Ambitions of TF1, he was well known, with his vehemence and easy criticism, to make life hard for journalists. He also hated the latter but respected the profession, he said regularly.

In 2013, he bought the Hersant MÃ©dias group, owner of Provence and other regional newspapers. A thunderous return of the businessman in the Phocaean city which made some fear his return to politics in one of the municipal elections. But his return would be ” a cause for divorce “, His wife had declared, and the person himself refuted any hypotheses of this kind. The time of Bernard Tapie, indefatigable and unstoppable, imagined by some as presidential, was over.

With his death, it is a myth that is extinguished and the end of a busy life. ” The idea of â€‹â€‹dying doesn’t piss me off at all, death is the consecration of life for me. And then when you broke the Atlantic record, you won the Tour de France, the Champions League, you were minister, singer, you can’t tell yourself that you weren’t rotten- spoiled by life Â», He confided to World.

The businessman has dabbled in everything and even dabbled in politics. His career owes a lot to former President FranÃ§ois Mitterrand. Bernard Tapie experienced a meteoric political rise at the turn of the 90s before being overtaken by business.

On April 2, 1992, he was the star of Pierre Beregovoy’s government. The buyer of bankrupt companies and the former boss of Olympique de Marseille takes place around the Council of Ministers passed by FranÃ§ois Mitterrand. The socialist barons are enraged. The head of the socialist state, who has taken a liking to the character, is jubilant. He assigned Bernard Tapie the City portfolio.

It was his pass of arms with Jean-Marie Le Pen that really launched him 3 years earlier. He alone agrees to debate with the National Front live on television. Insults erupted, the debate turned into a fight: Bernard Tapie had his ticket to enter the national political scene there.

His adventure in government only lasted a few months, but the businessman took a liking to politics. Elected twice to the National Assembly, he then went to the European Parliament. But then his past catches up with him. Sentenced in the case of the match-fixing Valenciennes / Marseille, he could not stand for municipal elections in Marseille and he was stripped of his mandate as deputy in 1996.

His political career came to an end but he continued to distribute the good points over the elections. In 2007, he disappointed supporters of the left by supporting Nicolas Sarkozy, before calling to vote for Emmanuel Macron this year.

2021-10-03
Previous Post: In the musical universe of Simon Boulerice
Next Post: Death of Bernard Tapie at 78: the shooting of the Netflix series with Laurent Lafitte, in the role of the businessman, is present